January 31, 2013
Well it only took me a few months to complete it (and it's actually still not completely done to my liking!) but I think I am temporarily done with my little boy and baby girl's bedroom. I knew that I wanted to keep with the vintage airplane theme for Charlie but didn't know exactly how I wanted to incorporate a feminine touch for Emmy as well. This is what I came up with: 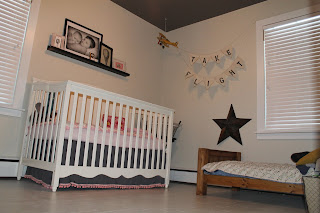 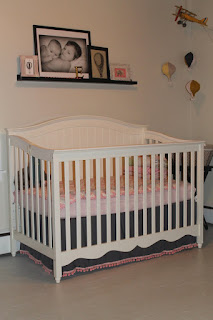 I tried to have masculine and feminine touches but for the room to be unified. I had made the 'take flight' bunting before Emmy was born and I wanted that to remain the theme. I had contemplated doing pink airplanes but then I found a gorgeous hot air balloon picture on etsy. The balloon became my inspiration. And I would still LOVE to purchase the picture but I can't justify a $45 8x10! So hopefully I'll be able to better incorporate that idea eventually.  I wanted neutral grays and browns and yellows and pinks to be the color scheme.

Last year, we sanded and then painted the floor gray with a porch paint. And I absolutely love it in this room! I neutralized the wall color as well. The ceiling has been gray for almost 7 years and I think it's the only piece of the house that has not been repainted since!  I like to think that I was the first advocate for using gray painted walls/ceilings :) 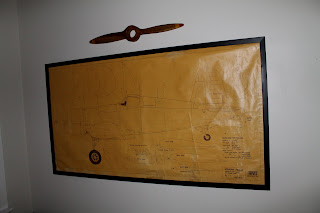 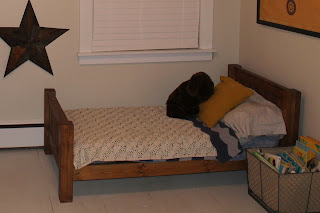 Jordan built and stained the toddler bed out of 2x4s (and Charlie and I adore it!). The quilt on Charlie's bed was a baby gift made by Charlie's great-grandma and the knit chevron-like blanket underneath was made by Charlie's great-great grandma! At a flea market last year, Jordan came across 5 original blueprints for an airplane in a $10 bin. He told the old man he would take them and the guy said, 'oh, I can't sell those to you for $10. They weren't supposed to be in that bin.' So Jordan asks how much for them. The guy says, '$15'.... for all five!! We were thrilled :) Jordan framed his favorite. The propeller and the rusted star were also selected from flea markets over the years. The airplane was a World Market purchase.   I made the bedskirt (and it hides tubs of baby clothes underneath). The crib was a baby gift for Natalie from my parents and I imagine that Emmy will be the last of our children to use it. I had to repaint the top trim to somewhat cover the chew marks! It seemed fitting for Emmy Ellamae to have an elephant stuffed animal and I also cut out and framed the little elephant in the picture frame. Emmy's quilt was also made by great-grandma Jones. I made the little pink pillow from my most favorite fabric. I made some hanging hot air balloons but never could figure out where to hang them. Still to come... I'd like to make or buy a rag-rug with some grays, pinks, and yellows. 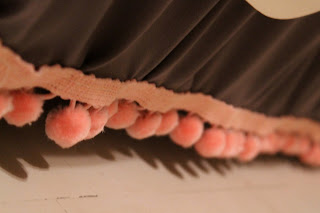 I removed the closet doors and it made the small room seem much bigger. I turned some extra fabric from Jordan's mom that I had been dying to use into a curtain. And we took out the old-good-for-nothing-ranch-style closet system and put in the much-better-use-of-space wire system! And I organized it over and over until I got it just right. I had seen on pinterest to use egg cartons for organizing baby socks and it has been very helpful. 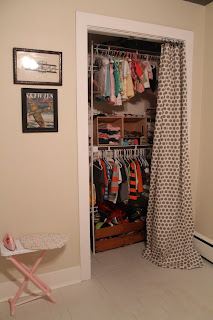 ﻿﻿
﻿
﻿ Prior to Emmy joining this bedroom, we had a dresser in here for Charlie and our piano. But we were able to put those elsewhere (temporarily our bedroom!) and I've been able to do without a changing table (why not just use the crib?!) So I'm happy with the space we've opened up in this bedroom. It's only temporary, we won't make Charlie share a room with a girl for too long, but for now it's just perfect for my big boy and baby girl.
kids nursery room makeovers sewing 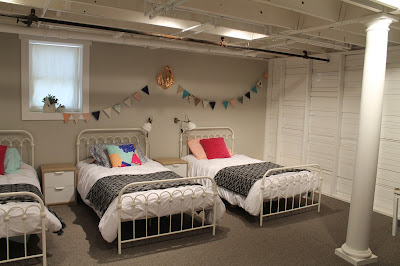